The River Wissey rises close to Bradenham Hall in Norfolk which co-incidentally was the inspiration for L.P.Hartley’s novel, The Go-Between. The river then flows for just over 30 miles through the heart of The Brecks before joining The Great Ouse south of Downham Market. It is in the villages on the banks of The River Wissey that we graze our sheep.

A description of our stretch of the river is to be found in John Cowper Powys’ novel A Glastonbury Romance .

‘Past deep, muddy estuaries the boat shot forward, where the marigolds grew so thick as to resemble heaps of scattered gold, flung out for largesse from some royal barge, past groups of tall lombardy poplars, their proud tops bowing gently away from the wind, past long-maned and long-tailed horses who rushed to look at them as they shot by, their liquid eyes filled with entranced curiosity, past little farm-houses with great, sloping red roofs, past massive cattle-sheds tiled with those large, curved, brick tiles so characteristic of East Anglia, past sunlit gaps in majestic woods through whose clearings tall, flint church towers could be seen in the far distance past huge black windmills, their great arms glittering in the sun as they turned, grinding white flour for the people of Norfolk…..’

First mentioned in The Doomsday book in 1086, The Wissey was navigable from ‘Oxenburgh to King’s Lynn & Cambridge. By the 1750’s there were wharfs at Oxborough Hithe and boathouses further up river at Northwold and this stretch of the river remained busy until the arrival of the railway in 1882. It seems then that it gradually fell into decline and became the sleepy backwater that it is today. 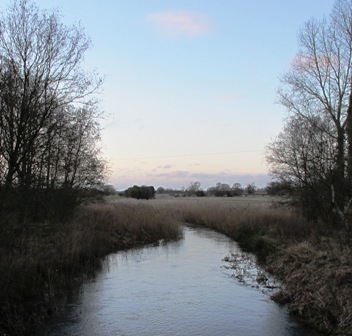 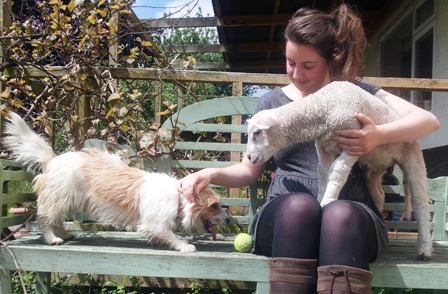 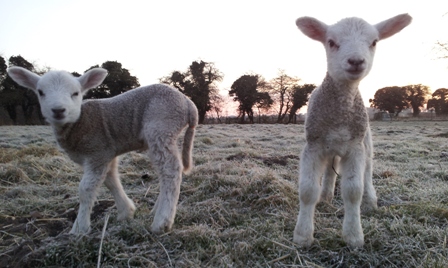 Me & my sheep in the brecks

Although the sandy Breckland soils are perfect for the out wintering of livestock, the light land becomes a problem in the summer particularly as we are in a low rain fall area, consequently the grass simply does not grow.

Traditionally farmers would have moved their livestock to graze along the banks of the river where there would be plenty of grass during the summer months and it is this natural method of farming that we are trying to replicate. This is why we lamb outside in April, ensuring lamb growth coincides with the grass growing season

Although my grandfather ran sheep on his farm near here, next to the sugar beet factory at Wissington my first real experience working with them was when I spent a year in at his cousin’s sheep station in New Zealand, a country where all stock are reared extensively on a grass based system.

When I returned to the UK I moved into pigs and had no real contact with sheep until we needed to replace our lawnmower about 6 years ago. At the time buying a few ewes seemed the cheaper option!

We started with Jacobs but quickly moved over to New Zealand Romneys so called after the flat marshland in Kent where they come from and a breed that will easily cope with conditions in The Brecks.

We have been very influenced by Chris & Caroline Hodgkins, winners of the ‘Farmers Weekly’ Sheep Farmer of the year in 2009. They too farm extensively and over the years have worked hard to build their flock of Romneys to over 3000 ewes.

Like Chris & Caroline we work with the ewe’s natural behaviour and operate a minimal shepherding strategy thus securing a home for The Romney in The Brecks.

Wissey Valley  Lamb will be available in the early autumn through the butchers that are already selling Scotts Field Pork. 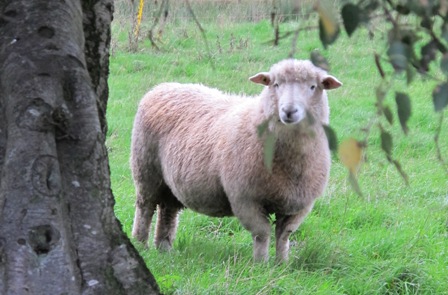 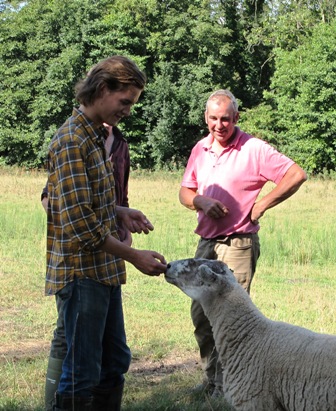 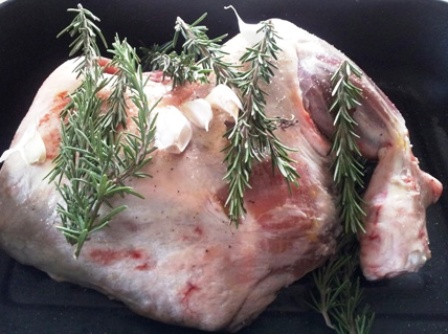