History of the Large Black Pig

With its lop ears and long deep body the Large Black is Britains only all-black pig. Extremely docile and very hardy it is ideally suited to outdoor rearing. The breed originates from The Old English Hog established in the 16th & 17th centuries. Described by Parkinson in 1810 ‘They are distinguished by their gigantic size, they are the largest of the kind I have ever seen and as perfect a make as possible in pigs.’

In the early part of the 20th century Large Blacks were widely distributed throughout the country and were frequently crossed with other breeds to produce both bacon and pork pigs. The breed was also extremely successful in the show ring at this time outnumbering all other breeds at the Royal Show in 1919. In the same year the Smithfield supreme champion sold for 700 gunieas.

A change in the eating habits lead to a decline in numbers in the 1960s and the Large Black is now registered as a rare breed. There are now only a few hundred registered sows left in the UK so ‘our girls’ represent quite a large proportion of the national herd. I am passionate about the survival of these pigs but recognise that one of the reasons they are no longer as popular as they once were is because the carcass can be too fat for modern taste – this is why we use a Duroc as the terminal sire. It is my hope that by producing a commercially viable product my herd can grow in size in years to come ensuring the survival of this lovely animals.

“I have been out to Oxborough to vist Robert & Sarah’s herd of Large Black pigs. Their belief & commitment to the rare breed cause is inspiring”
Keith Charlish – The Paddocks Butchery, Mulbarton & Bunwell 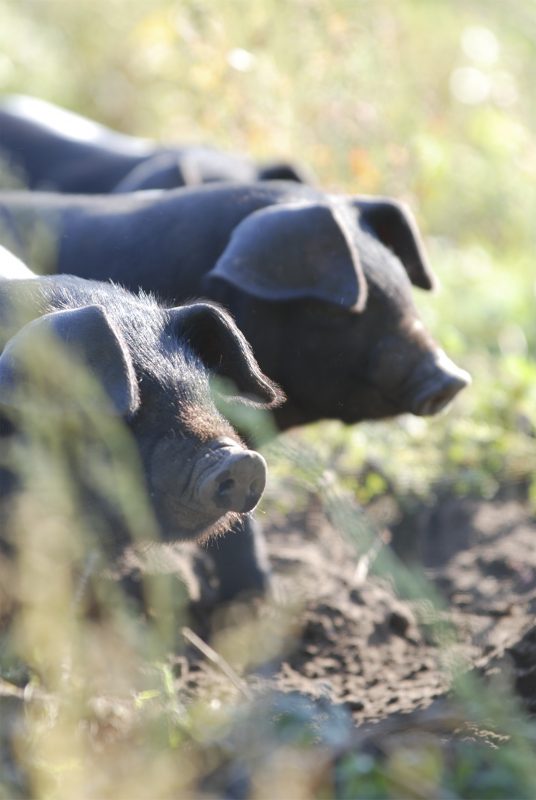 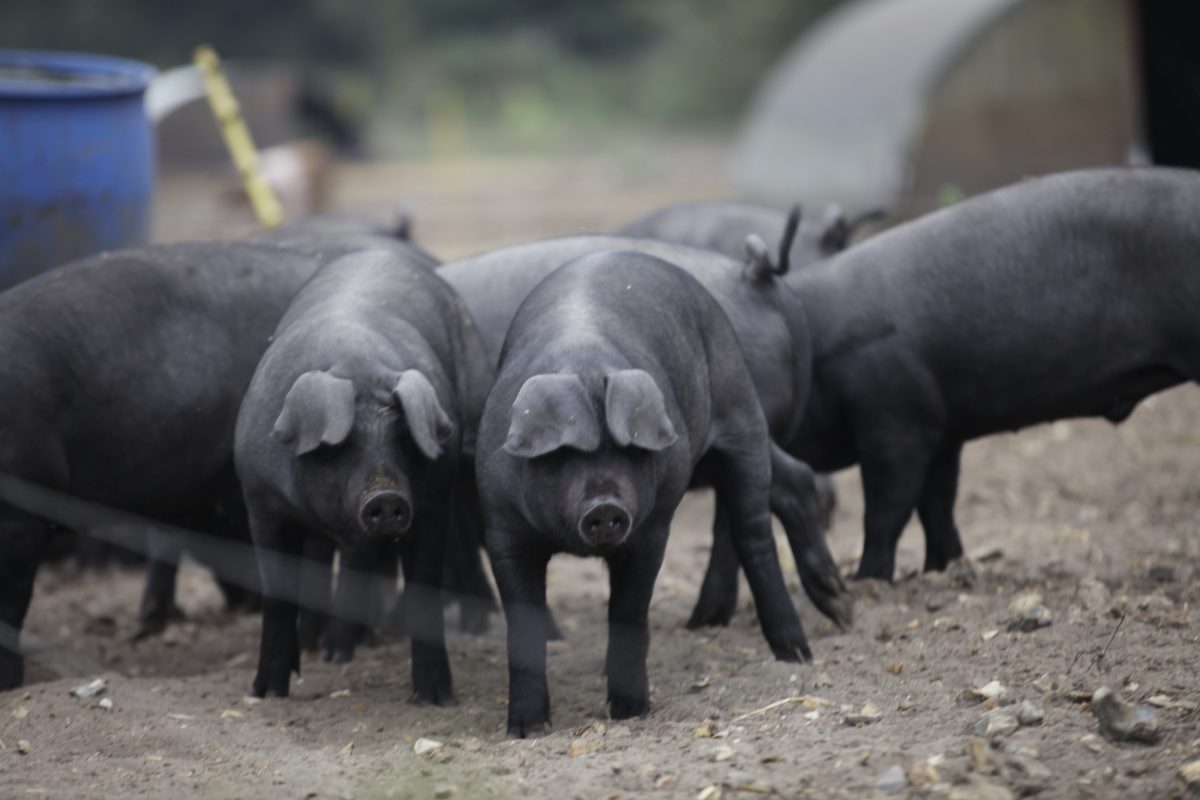 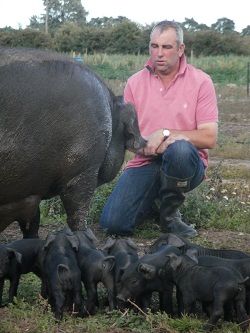 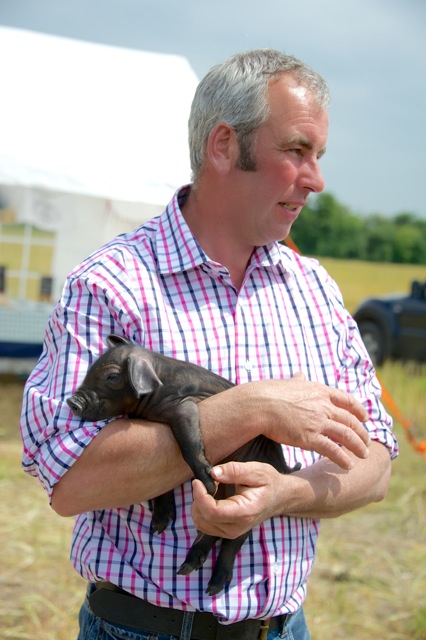 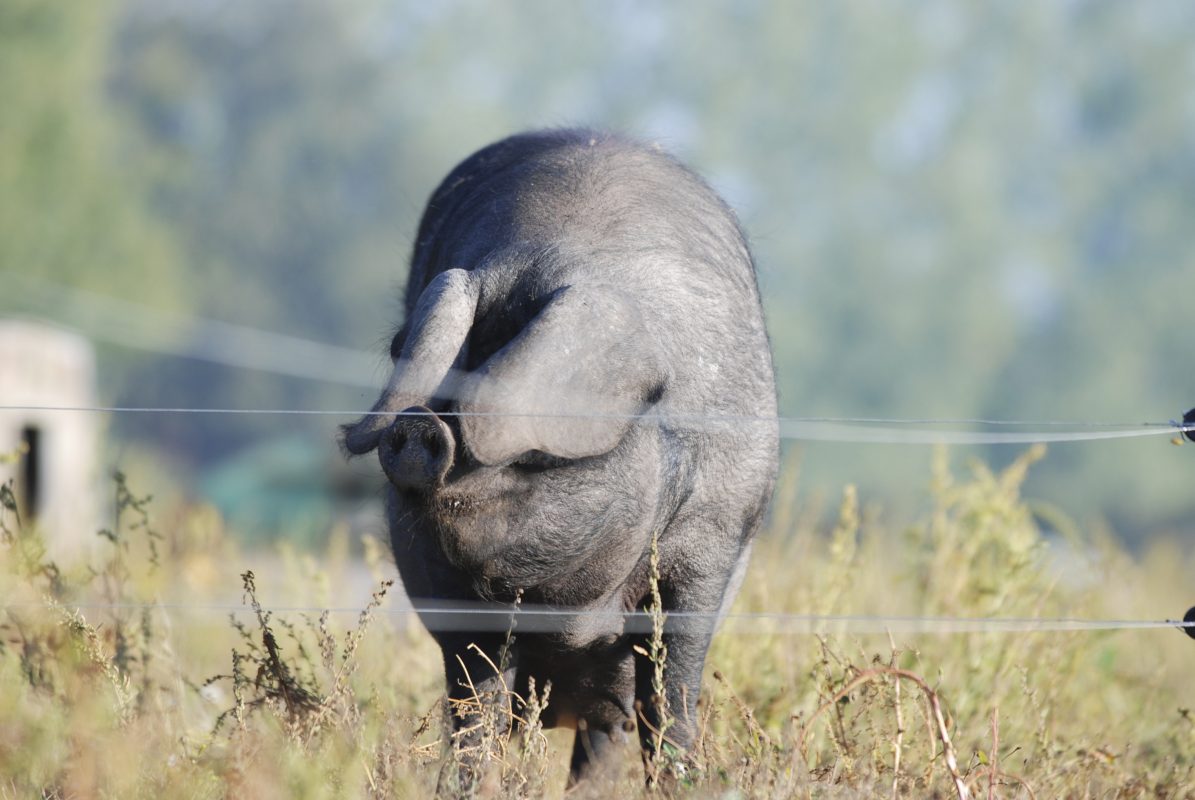